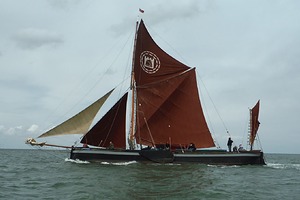 Some 20 people took to the High seas to view the fleet of Thames barges and old gaffers on Saturday. We had a lively southerly that became fresher the further we went North. We were able to treat a few novices to this unique experience. The barges made good time out to the Spaniard Mark with the the Southerly but of course heading into the Herne Bay Mark was abeat and took a little longer. More » 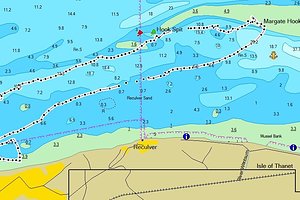 Cruise to the margate Sands

At 0700 we were met with grey sea, grey skies and a large seaweed monster on the slipway, but when more keen bodies arrived, it was quickly cleared.After the usual prep and briefing, the power boats were launched. Guy & Will in Humber to lead the fleet, with Richard, Ian & Andrew in Viking to guard the rear.The dinghies launched comprising of 5x Lasers (Olaf, Paul, Russel, Charlie, Graham), 3x 2000s (Brian & Maria, Laurie More » 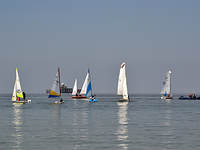 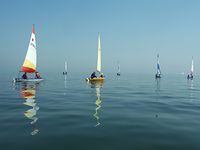